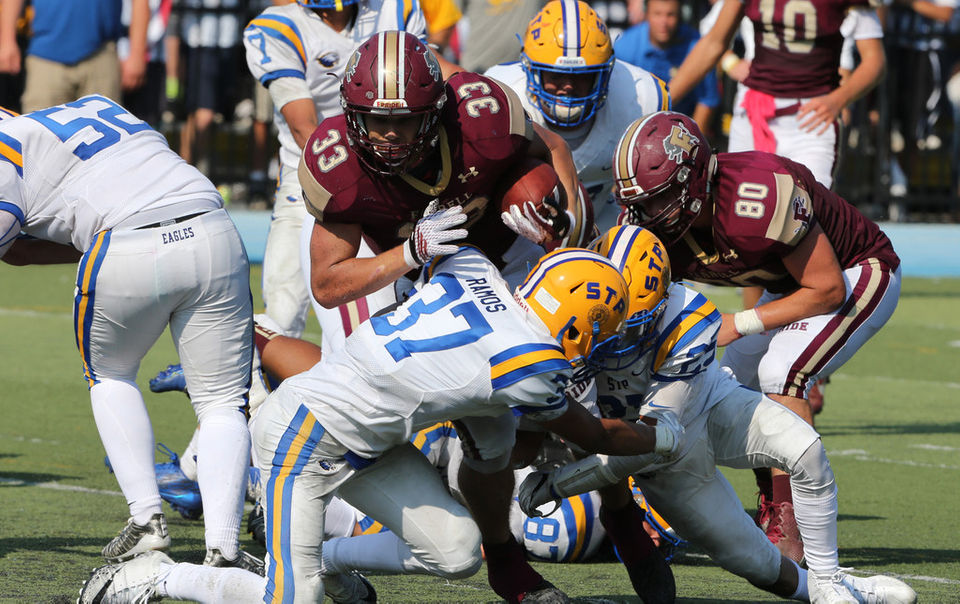 Posted at 10:00h in Eagles in the News, Updates by Brian Collins 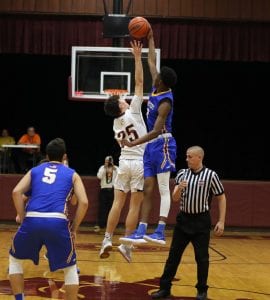 Regardless of the sport, through generation after generation, with coaching changes and athletes coming and going, it is always a must-win circumstance when Monsignor Farrell and St. Peter’s play each other.

But why is that the case? Eighteen-year Eagles basketball coach Charlie Driscoll points to the fact that they’re the only two all-boys’ high schools on the Island.

“They’re the only two all-boys schools and I also think it’s a North Shore-South Shore thing,” said Driscoll. “The student body is very enthusiastic and loud and vocal, but I think being the only all-boys school is a big factor. Both schools have good teams, good programs, and good coaches and it just enhances that rivalry.”

“I think we’re very comparable as schools,” added nine-year Monsignor Farrell hoops coach Mike Dunn. “In an island as small as Staten Island, everybody who’s involved in sports wants to see their schools succeed and there are connections with friends and families. I think it’s more of a local thing that you’re not going to get in a bigger borough. It becomes that little rivalry amongst each other and everyone wants their school to come out on top.”

Christine Monzi-Sanger, seven-year co-coach of the St. Peter’s soccer team alongside John Liantonio, feels that the rivalry has become a tradition and it continues to be prominent because it’s ingrained within both schools.

“It’s definitely a tradition,” said Monzi-Sanger. “There is an element that they are the two all-boy schools. but I don’t think that’s how, at least, my kids see it. It’s such a deep-seated rivalry that goes back so many years that when each team becomes a part of one of the respective schools, it becomes who they are. Some kids I’ve coached, some of their closest friends play for Farrell and when that whistle blows their competitors, their rivals, and then it’s amazing how once that game ends they’re friends. I think it’s something that is embedded in them once they step in the door. They take it very seriously.”