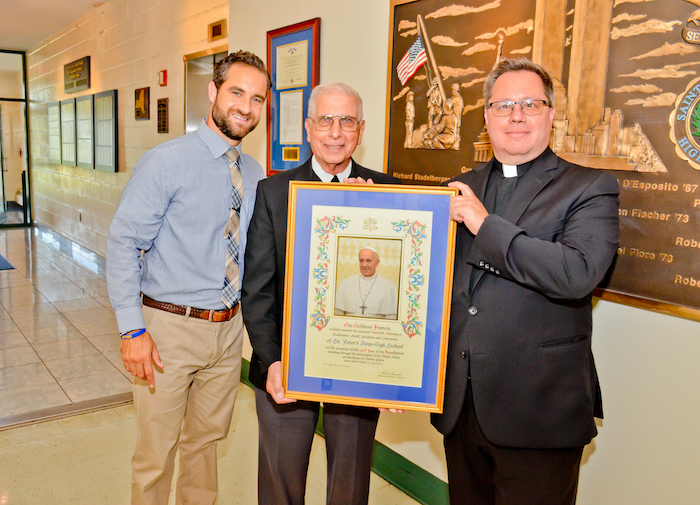 “We are humbled to have the blessing of His Holiness Pope Francis for our Centennial,” said Michael Cosentino, principal of St. Peter’s Boys High School of the papal blessing. “There is no higher honor we could have received and we are very honored he took the time to recognize us.”

Pope Francis’ apostolic blessing is depicted in a commemorative plaque, which reads:

“His Holiness Francis cordially imparts the requested apostolic blessing to headmaster, staff, students and community of St. Peter’s Boys High School on the occasion of the 100th year of its foundation invoking through the intercession of the Virgin Mary an abundance of Divine graces.”