Michael Politi was supposed to stay on the sideline Saturday.

The St. Peter’s senior rolled his ankle in last week’s season-opener and although he was cleared to play against Fordham Prep, the original plan was to not use him, according to head coach George Mahoney.

Things, however, changed for various reasons. Somebody was dinged up, another guy needed a breather and, with the game on the line, Politi did get on the field late in the fourth quarter.

Politi’s only two touches led to 80 yards rushing, including the go-ahead, 45-yard touchdown scamper with just 1:49 left on the clock as the Eagles rolled to a 28-21 CHSFL triumph over the visiting Rams in the SILive.com HS Football Game of the Week.

The victory helped the Eagles improve to 1-0 in the CHSFL AA-1 division and 1-1 overall after suffering a loss to Christ the King in their season-opener last week. 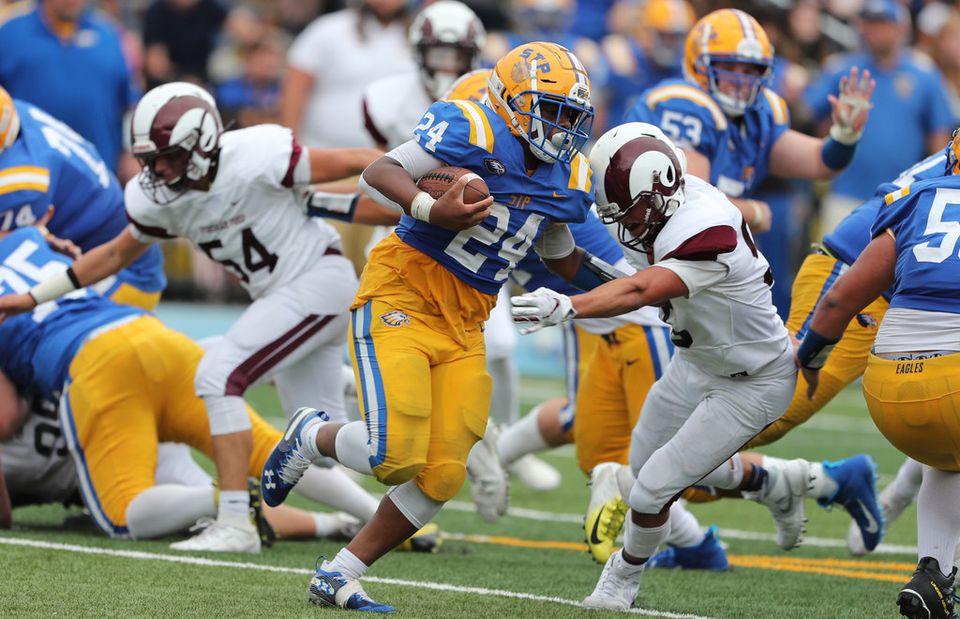