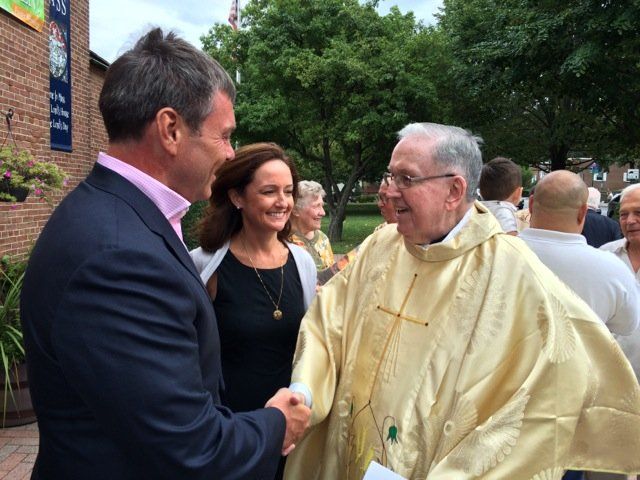 Posted at 21:34h in Class Notes, Eagles in the News, For Alumni, Updates by St. Peter's

City & State New York, a premier media organization dedicated to covering New York’s local and state politics and policy, has recognized 100 people who play influential roles in Staten Island’s political and public life. Coming in at #62 is St. Peter’s own Peter Finn. Monsignor Finn is one of the most beloved religious figures in the borough, Monsignor Peter Finn has spent more than a decade leading Blessed Sacrament Roman Catholic Church and a half-century in the priesthood.

Monsignor Finn was also featured in the Staten Island Advance in 2015 when celebrating his 50th year of priesthood. Read the full article.