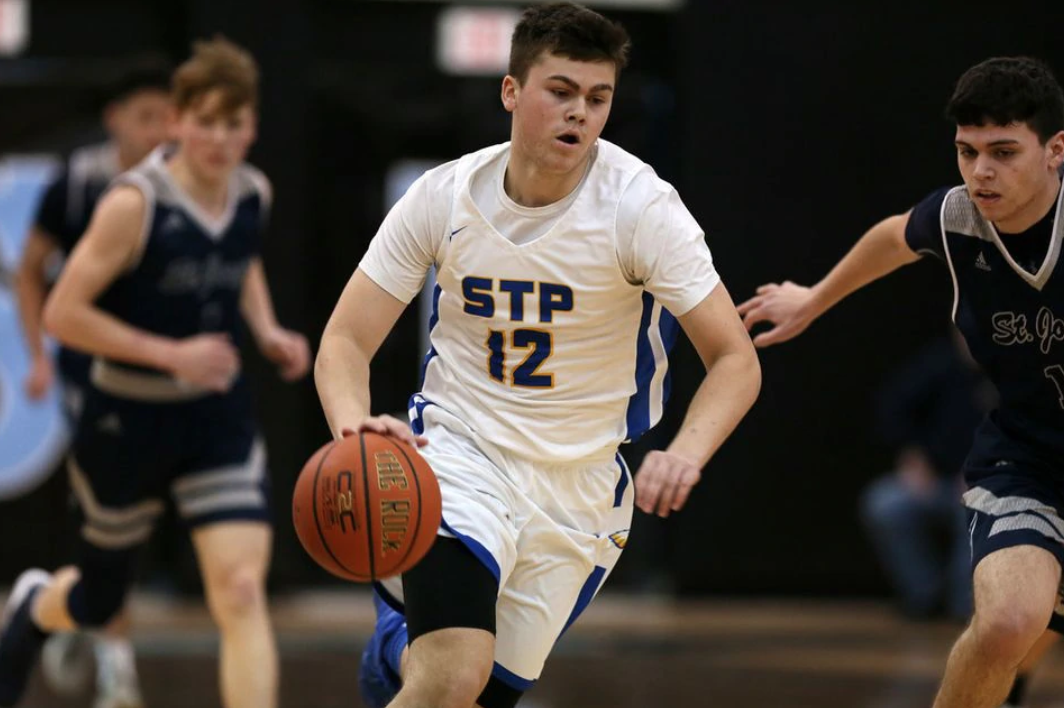 Ice water in his veins.

It’s an expression Chris Clancy recently used to describe himself after time and again sinking a free throw with the outcome of a big game on the line.

Clancy, the three-year varsity player from St. Peter’s, wasn’t whistling Dixie, either. In fact, whether it was a free throw, a deep three or a bucket in transition, to name a few, Clancy always seemed to find a way to come through no matter how dire the situation.

It’s a major reason why he was named the 71st annual Warren Jaques Award winner as Staten Island’s most outstanding boys’ basketball player, the Advance has learned.

It’s the 21st time a St. Peter’s player earned the prestigious award and the first since Reilly Walsh was named the winner following the 2014-15 campaign. Clancy became the 20th Eagle overall to land the Jaques, which was first awarded during the 1948-49 season.

The selection committee, which included Mike Spisto, John Lanza and Mike Marino, marveled over the way the even-keeled Clancy handled himself when the heat was on.

PERFORMED IN THE CLUTCH

In last month’s SIHSL Tournament, Clancy led the Eagles to their third consecutive crown by finishing the three-game tourney 14 for 14 from the free-throw line, including several in the waning seconds of SP’s semifinal win over Monsignor Farrell and title-game victory over Curtis.

Clancy, to boot, poured in a game-high 28 points against the Warriors to earn MVP honors for the second straight season.

“You couldn’t help but notice how calm he was under pressure. He was always in control, never rattled,” said Spisto of Clancy, the recently named SIHSL South division Player of the Year. “He’s a great player that always wanted the ball at the end of the game and he always stepped up no matter how big the situation.”

Marino referred to the 17-year-old Clancy as a throw-back player.

“He never lost his poise and because of that ability to stay cool under pressure, Clancy always seemed to get the job done,” Marino said. “He never panicked. He didn’t mind taking it upon himself to make the big play, whether it was a free throw, a shot or making a pass.”

Clancy was switched from point to shooting guard his senior year as coach Charlie Driscoll looked to take better advantage of his ability to put the ball in the basket. The Oakwood resident responded by averaging 20.8 points per game, which is 9.7 markers higher than what he averaged as a junior (11.1).

Clancy finished with 561 total points his senior year and was second on the Island with a whopping 81 three-pointers. In fact, he was one of only two Island players to drain at least one trey in every game he played.

He scored in double digits in every game for the 19-8 Eagles and finished with 20-or-more points 13 times, including a career-high 33 against New Dorp.

‘Regardless of what position he played … and he did play multiple positions … he had the ability to shoot the ball,’’ praised Spisto. “Defenders would close out on him, but he’d still find a way to get off shots quickly and often hit them.”

“He was a true shooter,” added Lanza. “Clancy had excellent foot work and he knew exactly how to come off a screen, ready to shoot.”

HE WAS DEFENSIVE TOO

But as Marino pointed out, scoring wasn’t Clancy’s only asset. He was also a top-notch defender who handled the ball with authority and did his fair share of rebounding as well.

“He wasn’t the fastest player, but he worked hard, including on defense,” said Marino. “He was a lunch-pail type in that aspect. He made you work to get off a good shot and it was impressive.”

“He absolutely was a complete player,” added Spisto. “He can score, but he can guard and rebound as well. Basically, he did whatever he needed to do to help the team.”

“Clancy was a leader too,” concluded Lanza. “He embraced that role, particularly during the (SIHSL) Tournament.

“It was very impressive.”

NOTES: The Warren Jaques Memorial Committee, which is headed by chairman Bill Magnuski, is holding its 71st annual Awards Dinner on May 3 at the Staaten (697 Forest Ave.) beginning at 7:30 p.m.

The annual Jaques Classic games will also take place later this month. The boys’ contest, which will be played at St. Peter’s, is scheduled for March 19 while the girls’ game is set for March 20 at Moore Catholic.