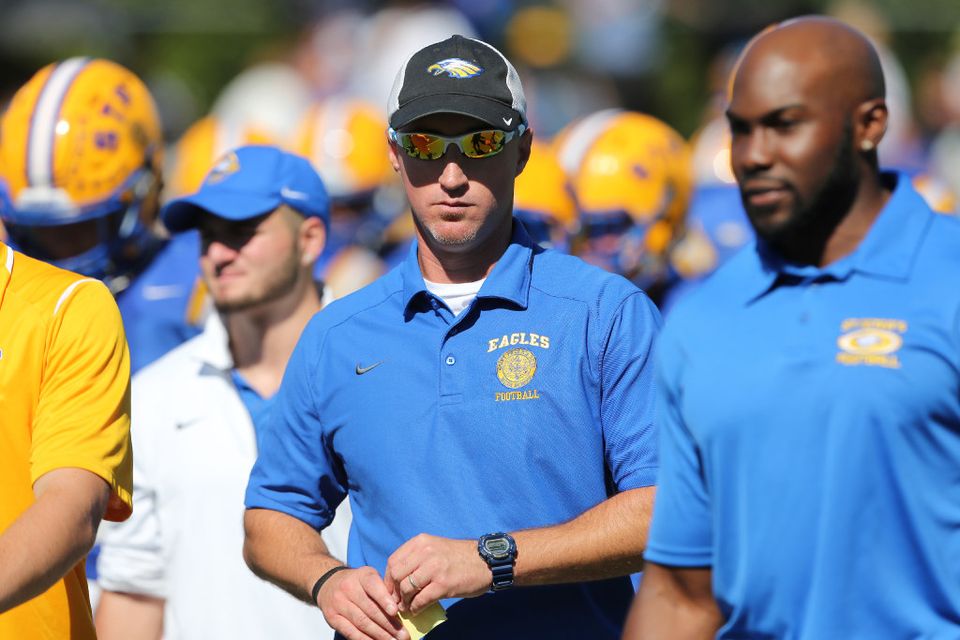 Posted at 10:15h in Eagles in the News, Updates by Brian Collins

DeCristoforo, who will retain his current role as SP’s Dean of Discipline as well, will replace long-time AD Patricia Mulligan once the summer hits.

Mulligan has been SP’s athletic director since replacing Rich LaGrotta just prior to the start of the 2001-02 school year.

“Mrs. Mulligan deserves a ton of accolades for the 18 years of service she’s given St. Peter’s Boys HS as athletic director,” said Cosentino. “She’s experienced a lot of success as AD and we appreciate it.

“(But) the job has evolved greatly in recent years and the school has decided to go in a different direction in terms of how we run our athletic department behind the leadership of Mark DeCristoforo,” the second-year principal said. “Mark was one of the best coaches around in recent years and we just feel he’s the perfect guy to mentor and provide leadership to all of our coaches.”