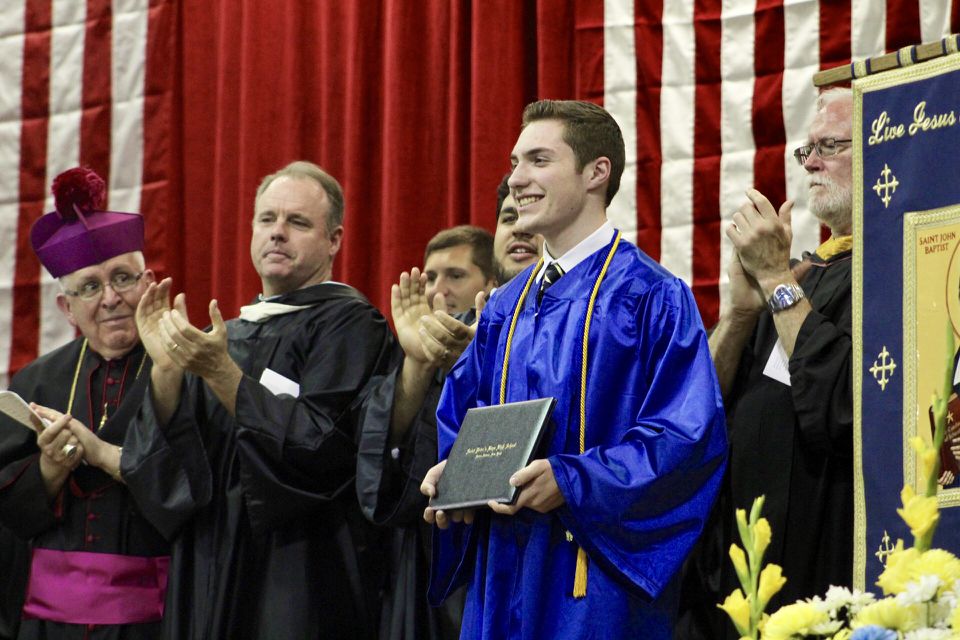 Posted at 11:58h in Updates by Brian Collins

On Friday, six months after breaking his neck, a brave Staten Island teen, took a stroll he will never forget.

Nervous jitters, excited anticipation. Those are all natural feelings on graduation day.

It’s a proud moment for any high school senior, but 18-year-old Michael Wright has a more thankful heart than most.

“I’m just so grateful to be here right now, walking across the stage,” Wright said.

That momentous walk across the stage almost didn’t happen. Michael spent much of his senior year at St. Peter’s Boys High School in the hospital – after a December accident at a charity polar plunge left him paralyzed. His principal was there that day.

“The boys were crying, they were hurt, but right away they were by his side,” Michael Cosentino said. “It makes tonight very emotional.”

Michael’s remarkable – some might say miraculous – recovery was on display Friday. Despite a broken neck, he says he never doubted this milestone would come.

“I always kept things positive. That was part of the motivation driving me forward,” Wright said.

His family and friends kept their faith that he’d be right.

“It’s a dream come true to see him do it,” Michael Zarrelli said.

When Michael’s friends went to see him in the hospital right after the accident, he couldn’t even move his fingers. Administrators here say the way they rallied around him was amazing – giving this senior class a closeness they’ll carry with them the rest of their lives.

“Even in the darkest situations, there’s always a bright side… no matter what,” Wright said.