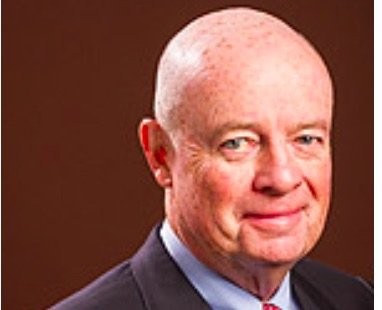 “We are both honored and humbled to have Mr. O’Malley and his family support our school in such an incredibly generous way,” said John Fodera, St. Peter’s president. “Because of his commitment to Staten Island and our school, we will be able to provide an unmatched Catholic education to dozens of deserving young men over the next several years.”

The scholarship fund will be named the James O’Malley Scholarship Fund in recognition of O’Malley’s father who was a customs officer on Staten Island. The first recipients of the O’Malley scholarship will be selected at the beginning of the 2018-19 school year.

“Mary Alice and I want our gift to St. Peter’s to open the door to a top-quality Catholic education immersed in Lasallian traditions to the sons of those families who sacrifice so much to keep our communities safe,” said O’Malley. “As the proud son of a customs officer, this scholarship is a tribute to my father’s legacy and a very special commitment for my entire family.”

O’Malley grew up on Staten Island and self-funded his education. A graduate of Manhattan College, O’Malley received his bachelor’s degree in economics in 1963 and later went on to serve as president of Philipp Brothers’ energy division. For more than 40 years, O’Malley served in a variety of leadership roles within the oil refining industry. He was awarded an honorary doctorate of humane letters from Manhattan College in 2012. In 2016, he retired as chairman and CEO of PBF, a publicly held oil refining company. He remains an active consultant for PBF Energy Inc.

O’Malley has served on numerous boards, both corporate and nonprofit, including Lowe’s Companies Inc., PetSmart Inc., ComFed Bank and Manhattan College. He and his wife, for more than 50 years, have provided philanthropic support to a number of causes with a long history of supporting organizations with a strong focus on quality Catholic education.

Mary Alice and Thomas O’Malley moved to Palm Beach, Fla., in 2011, but maintain a home in Greenwich, Conn., where their four children and 10 grandchildren reside.