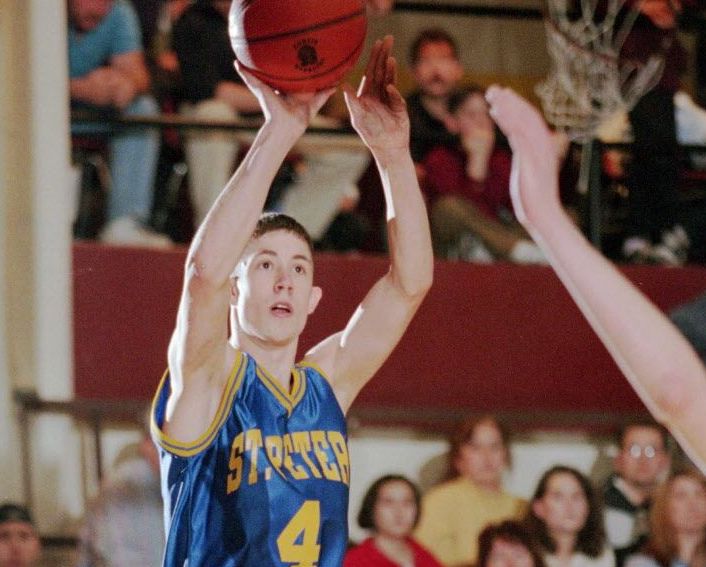 Posted at 15:58h in Eagles in the News, For Alumni, Updates by St. Peter's

On Jan. 29, St. Peter’s retired the #4 jersey that belonged to Eagles notorious point guard, Andrew “The Wiz” Wisniewski. Wisniewski finished his successful St. Peter’s High Boys School career in 1999 with 1,042 points, was third on the Island in free-throw attempts and was the winner of the Jaques Award. He went on to enjoy a highly successful stint at Division 1 Centenary College in Louisiana. From 2004 to 2012, Wisniewski played point guard for various international clubs in FIBA and in the Euroleague. He earned German League MVP honors in 2005, led Cibona to the Croatian League Championship in 2006, and was later named a FIBA Euro Cup All-Star in 2007. He won another championship with Maccabi Tel Aviv in 2010 in the Israeli National Cup and was named the MVP before retiring in 2012. Today, he serves as the assistant basketball coach for Baruch College.