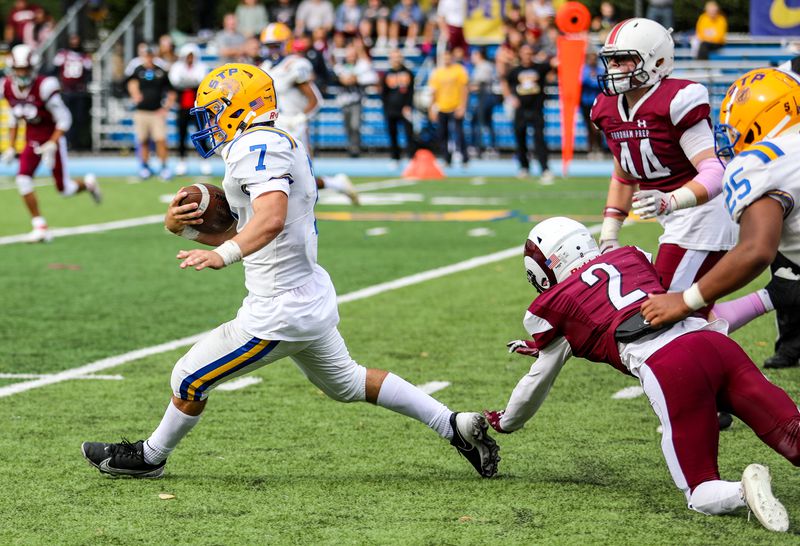 Posted at 14:30h in Eagles in the News, Updates by Brian Collins

The 5-foot-9 Lecesse, who recovered a fumble, notched multiple strip sacks and hawked down the game-sealing interception, led the Eagles defense that shutout the visiting Rams in the second half and forced five takeaways in total.

Fordham Prep was threatening for the entirety of the second half, only down 14-13 at halftime.

“It was the best defensive performance I’ve ever coached,” Eagles head coach Mark DeCristoforo said, with high praise for the senior. “He did everything.”

Also getting involved on defense was Tyler Turbull, who contributed two sacks and a blocked extra point, and Jake Woods, who garnered several tackles for a loss in the tightly contested league matchup.

On offense, running back Thomas Cammilleri rushed for 154 yards on 16 carries with a touchdown and quarterback Kevin Reilly found Elijah Campbell for a 35-yard eventual game-winning touchdown on fourth down to extend the lead to seven, 20-13.

Senior Salvatore Cali played every snap on offensive and defensive line and tipped a key Fordham Prep pass in the fourth quarter.