A graduate of St. Peter’s Boys High School will be a young man of personal integrity who is spiritually enriched, morally prepared, intellectually confident, and socially responsible. His maturity in these areas will be recognized by the following characteristics:

– He is aware of God’s presence in the world

– He is engaged in an active prayer life

– He is honest in his words and ethical in his actions

– He strives to live a virtuous life, being aware of his own personal strengths and weaknesses

– He is committed to help the less fortunate improve their situation

– He thinks critically, creatively, and independently

– He communicates clearly both orally and in writing

– He collaborates effectively with others

– He is able to work efficiently in a technological environment

– He is an enthusiastic life-long learner

– He is an advocate for the vulnerable members of society who are abused, exploited,  or ignored

– He maintains ties with his alma mater and fellow alumni 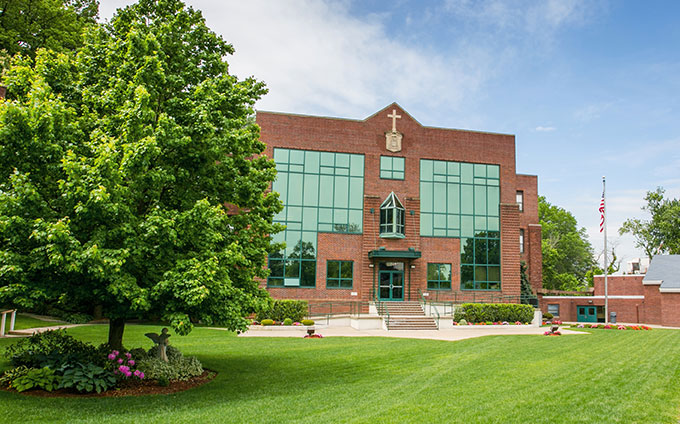 We provide a foundation in Roman Catholic doctrine.

We are committed to the Catholic doctrine of the dignity of life from conception to natural death.

Our school is a place of celebration.

We take a holistic approach to education.

We exhibit our commitment to the message of Christ.

We foster community prayer and worship.

We encourage participation in the sacramental life.

We live devotion to Mary and the saints.

Our school demonstrates in social justice.