Thomas Quinlan, a graduate of the Class of 1981 and a generous supporter of St. Peter’s has been bestowed the Terence Cardinal Cooke Medal from St. Johns University. According to April 20, 2018, Staten Island Advance article, the presentation of the esteemed Terence Cardinal Cooke Medal was made to special honorees who have made a significant difference in the growth of the Staten Island campus over the years. Quinlan was one of four honorees. Read full coverage on SILive.com. 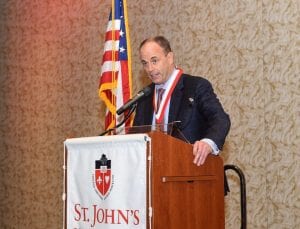