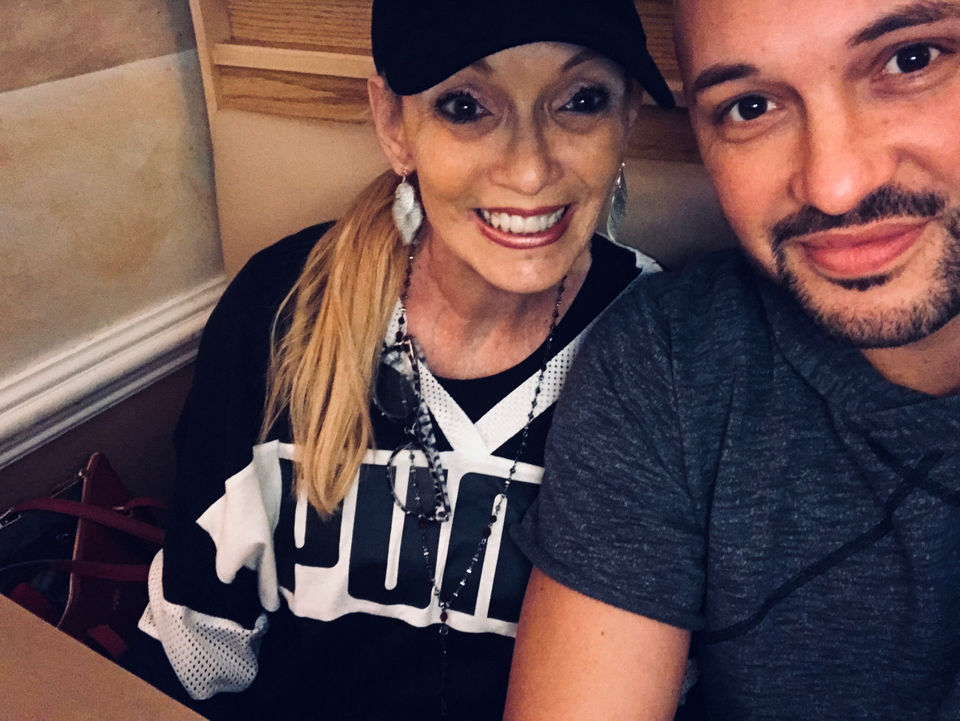 Posted at 14:34h in Eagles in the News, St. Peter's Alumni, Updates by Brian Collins

John Baiano’s latest assist had nothing to do with a no-look dish.

It wasn’t a picture-perfect bounce pass or a cross-court feed that the dribbling wizard so often made when he laced up his sneakers in his younger days.

In fact, the assist had nothing to do with basketball at all.

Yet, it was the biggest one of his life.

Just 10 days ago, Baiano made the no-brainer decision to donate 70 percent of his liver to his mom, Barbara, who was in desperate need of a transplant just a year after undergoing a hepatectomy for a tumor.

“That was my NBA Draft,” said the 34-year-old Baiano, referring to his act as a living donor. “I remember watching the NBA Draft in 1996 and seeing Stephon Marbury have his name called and breaking down into tears. When I saw him cry, I said to myself ‘that is going to be me when I get to the NBA.”

Unfortunately, the former point guard and Jaques Award winner from St. Peter’s is a part of the nearly 99 percent of high school basketball players that never make it to the NBA.

It doesn’t matter though. According to Baiano, this was his moment to shine and the fact his mother is currently recovering nicely is more rewarding than anything he’s ever encountered in his life.

A HEPATECTOMY WAS NECESSARY

Barbara Baiano needed the liver resection and underwent surgery on May 10, 2017 to remove a three-centimeter tumor.

“It was cancerous,” said John Baiano. “It had to be removed.”

But the anticipated four-hour surgery took nearly six hours and doctors made a disturbing discovery while operating.

“The Cirrhosis was worse than they had anticipated,” said John Baiano. “I knew on that day that at some point she’d have to have a transplant.

“When you have a resection, there’s a 75 percent chance the cancer will come back,” he added. “You just don’t know when.”

Ironically, Barbara Baiano, now 64, contracted Cirrhosis of the liver due to something that happened shortly after giving birth to John in 1984. John Baiano said his mother needed to have a blood transfusion after giving birth and was later diagnosed with Hepatitis C.

“It was before they checked for things like Hepatitis C,” the younger Baiano said. “It’s the reason why she got cancer all these years later.

“It’s amazing. The circle of life,” he added. “She gave birth to me and eventually (I would help save her life by donating part of my liver).”

Barbara Baiano’s cancer did return just eight months after the hepatectomy. John Baiano’s father, also John, wanted to be a donor for his wife, but the doctor said he was too old for the procedure and wasn’t a match anyway.

“The doctor asked my parents if they had any children,” said John Baiano, the son. “My dad told him that I would definitely (donate part of my liver) and it was just a matter if I was a match or not.”

In that aspect, the Baianos hit the jackpot. John Baiano was a perfect match to his mom.

“In terms of being a match, there’s two things that are a must,” said Baiano, who’s the director of sales for a funding company that gives business loans. “First, your blood type must be compatible and second, the configuration of your liver (must match).”

John Baiano’s blood type is AB positive, like his mom, and the configuration of his liver was similar to that of his mother’s.

He then had to go through a month-long battery of tests that included everything from a stress test to monitoring his blood level.

“I went through every test imaginable,” he said.

ANOTHER CURVE BALL BEFORE SURGERY

Barbara Baiano had a CAT scan the day before the July 17 operation was to take place and it was discovered she had an enlarged lymph node.

The surgeons couldn’t move forward with the transplant until it was determined if the lymph node was cancerous.

“My mom went into surgery not knowing if she was going to have the liver transplant or not,” explained John Baiano, noting the surgery took place at Mount Sinai Hospital in Manhattan. “They had to do a quick biopsy to make sure (the lymph node) wasn’t cancerous.

“I had to wait with my dad and sisters (Michelle and Tara) and that procedure took between 8-9:45 a.m. … we didn’t know what was going to happen,” said John Baiano of the nerve-wracking experience. “Finally, the doctor came in and said they were ready to go.

“My heartbeat went from 65 to 195 beats per minute when I found out, I was so excited,” he said. “I was just so happy I was going to have a chance to save my mom’s life. It was an incredible feeling of joy when they discovered the lymph node wasn’t cancerous.”

SURGERY WAS A SUCCESS

“Everything went as great as it possibly could,” said John Baiano. “The doctors were unbelievable.

“Growing up and playing basketball, I knew how important it was to play as a team,” added the former Southern New Hampshire University star, who guided St. Peter’s to back-to-back SIHSL titles between 2001-02, as well as a trip to the CHSAA AA semifinals his senior year. “And I really felt we went into those surgeries with the best possible teams. I’m so grateful and thankful … everything going according to plan was a dream come true … we’re very lucky.”

Barbara Baiano is still recovering at Mount Sinai, but doing well, according to her son. Although John Baiano currently has only 30 percent of his liver (the left lobe), the liver is the only organ that regenerates and he is expected to have between 80 and 90 percent of it in 4-6 weeks.

The last 10-20 percent will regenerate within a year.

“I feel fine. The doctors said they had never seen anyone walking again within 18 hours of the surgery and I was able to do that,” he laughed, noting he has to exercise lightly, eat healthy and take it easy while he recovers. “Knowing that, it’s an incredible feeling.

“And the love and support I’ve received the last couple of weeks has been overwhelming,” he added. “So many people have reached out to us, it’s unbelievable. I can’t tell you how much I appreciate it.”

HIS MOM AND SPREADING THE WORD

John Baiano, who is a coach in the Staten Island Mavericks travel basketball organization, couldn’t say enough about his mother, who was unavailable for comment as she recovers.

“My mom is the biggest warrior,” he said. “She’s the strongest person I know.

“She has a lot more of a difficult process and recovery,” John Baiano added. “But they’re closely monitoring her and she’s improving every day.

“The good news is, they’re expecting her to have a full recovery in due time.”

Baiano has made it his business to get the word out about his experience to encourage people to do the same if they’re willing. He said Mount Sinai has done 400 liver transplants in the last 20 years, yet he couldn’t easily find anyone to give him advice as he prepared for this life-saving procedure.

“Being a living donor, I had to find out and learn about the process and everything,” he said. “It was not easy to find someone who had experienced it before I did myself.

“So I took it upon myself to document my feelings and emotions through a diary,” Baiano added. “I want to help people that will go through a similar process in the future by reaching out to as many of them as possible.

“I know what it feels like,” he added. “And I want to help them get through it as best I can.”

And yet, another John Baiano assist in the making.